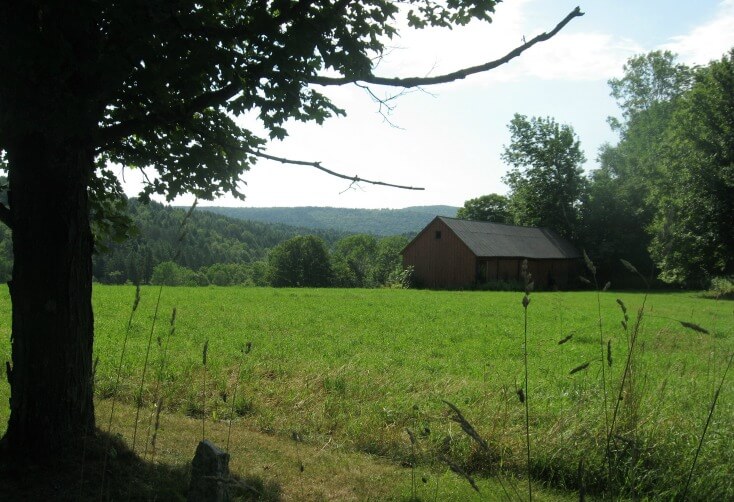 2012 has been a great year! I’ve learned so many new things this year and made many good changes to my eating habits and lifestyle as I’ve made progress on my journey to better health.

During this past year, I Became A Raw Milk Convert, experimented with making my own Homemade Perfume and finally conquered the Shelf of Doom in the bathroom by replacing toxic chemical products with natural ones. I also had fun trying out lots of “new” old-fashioned recipes such as Old Hartford Election Cake and Authentic Boston Baked Beans.

To Make New Year’s Resolutions or Not To Make Them . . .

I don’t usually like to make official New Year’s resolutions because I hardly ever end up keeping them, and then I end up feeling guilty for not keeping them. So, instead of resolutions, I’m just going to list some of my goals for my real food journey and some of my ideas for things I would like to do with this blog. (And maybe writing these down in an official post will help me to actually do them too!)

I’ve tried several new real foods experiments this year  – such as making homemade bone broth, homemade jello, homemade sourdough bread, etc. – but one area of real food that I still need to master is the art of making fermented foods. By the end of this year (and hopefully much earlier than that!) I’d like to try making fermented veggies, fruit chutneys, and condiments like ketchup. I’d also like to try some homemade fermented beverages. I love kombucha, but it’s fairly expensive to buy, and I know I can have it for much cheaper if I make it myself.

Each year, my small backyard garden makes a little more progress. Part of my problem is a lack of sunshine in the yard, but one of my neighbors across the street just got a couple of trees cut down, so maybe that will help my poor little garden out a bit. This coming year, I’d like to focus on extending my garden season. Here in New England, I end up waiting until the middle of May to plant most things, and the first frost usually comes sometime in October, so I have a fairly short gardening season, but I’d like to try planting some hardier veggies like cabbage or Brussels sprouts or root vegetables that can survive the cooler early spring and late fall temperatures.

I’ve learned a lot over the last year about food in general, and I’ve gained a fairly decent knowledge of basic cooking since I’ve started cooking most of my own food, but I feel like there are a lot of cooking skills that I could still master. Since I’ve started on my real food journey, food is much more important to me than it used to be, and I’d like to learn as much as I can about how to properly prepare food so that the food I cook can be beautiful and appealing as well as nutritious.

I’ve had so much fun in the past few months participating in different blog carnivals, that I’ve decided I want to start one of my own. I’m hoping to start the carnival in the month of January within the next couple of weeks. I’ll be writing a post soon with the details about the carnival and the date of when it will be starting.

Something I’ve been wanting to do for quite a while is to write a recipe e-book to sell on my blog. Hopefully, 2013 will be the year that I finally do it! I’d like to do something similar to what I do with the other recipes on my blog by rediscovering old heirloom recipes that have been forgotten for the past 150 years or so and adapting them for modern kitchens. I love trying out unique recipes from obscure books on cookery and 19th century recipe pamphlets. It will probably take me a couple of months to finish this e-book since antique recipes can sometimes be a bit tricky to decipher – especially since some of them give you just a list on ingredients with no instructions on what to do with those ingredients! I’m hoping, though, to find recipes that will cover a variety of dishes: breakfast, breads, main dishes, side dishes, and desserts. I’m getting excited already about all of the foods I’ll get to try during my experimentation stage!

There now. I’ve officially stated my goals, and I hope that next year when I look back on the year 2013 I can say that I have met all of them! Thank you so much to everyone who has read this blog during 2012! It’s such an encouragement to know that so many other people are on a similar journey toward better health and wellness. I’m looking forward to the new year and all of the good things that 2013 will bring!

Great list, some of which are on my own! I can sympathize with the too-shady yard, it's the one drawback for us on doing any 'real' vegetable gardening. It's a shame too, because we have a huge yard....just too many old mature trees!