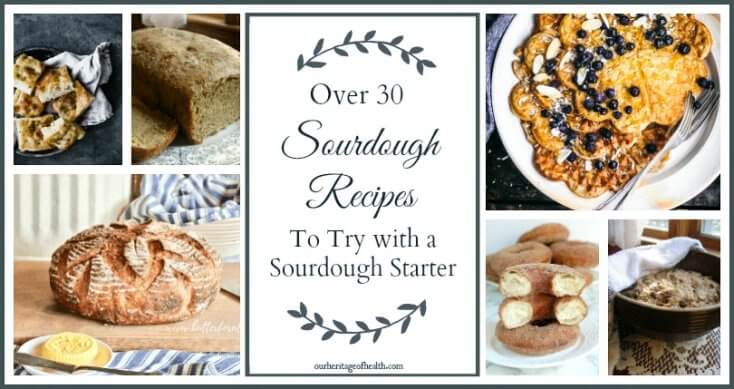 If you’ve ever made your own sourdough starter from wild yeast for making homemade sourdough bread you’ve probably found yourself wondering what else you can use it for besides just bread. And if you’ve been maintaining a sourdough starter for any length of time, then you know that it can multiply pretty quickly when you feed it and you can end up with a lot of extra.  But rather than just throwing away the extra sourdough starter, it’s nice to be able to use it to bake with, so I decided to gather up a big list of ideas for sourdough recipes to make with a sourdough starter.

Read MoreOver 30 Sourdough Recipes to Make with a Sourdough Starter 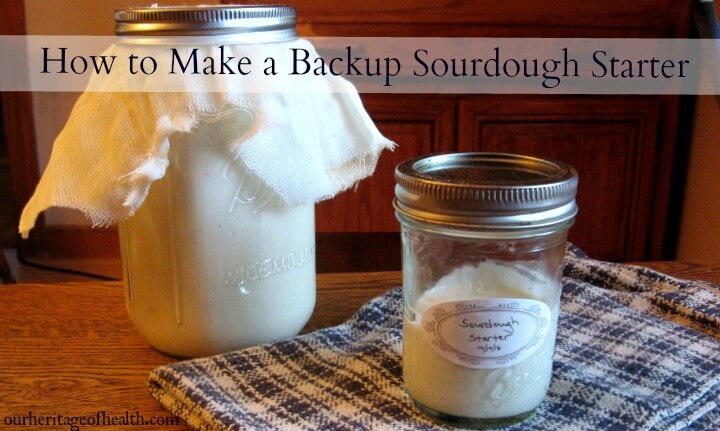 Even though sourdough starters are usually pretty resilient and hard to kill, if you neglect feeding it for too long, or if you go away on vacation and completely forget about your starter, the wild yeast can die off. 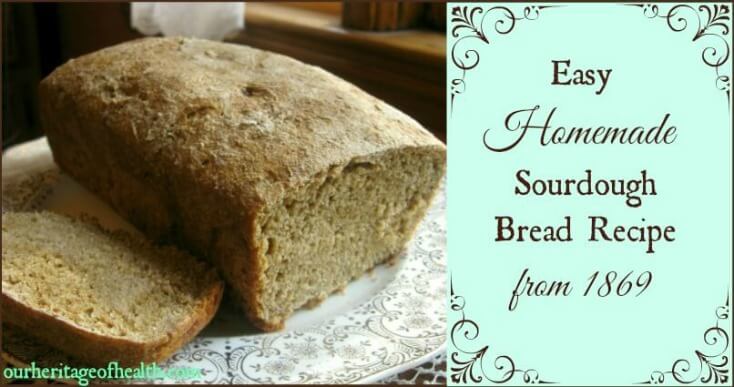 If you’re not used to baking homemade bread, making sourdough bread might sound a bit intimidating at first, but once you get used to it, this bread is really much easier than “regular” yeasted bread.

This easy homemade sourdough bread only needs to be kneaded once, and after that you can just put it in the same pan you’re going to bake it in and let it rise overnight. Then, the next morning when it has risen, all you have to do is put it in the oven and you’re done. 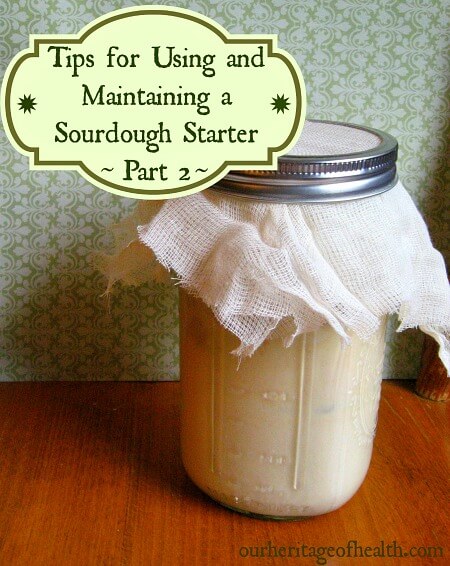 In my last post, I started listing some of my favorite sourdough starter tips. Here’s the second half of the list:

If you do a google search on how to make a sourdough starter, chances are you’ll find several different ways to do it. All of the different versions can even seem a bit overwhelming, especially if they have very detailed and complicated instructions about feeding. While instructions can be a good thing, following them exactly to the letter isn’t always the best idea.

Read MoreTips for Using and Maintaining a Sourdough Starter – Part 2 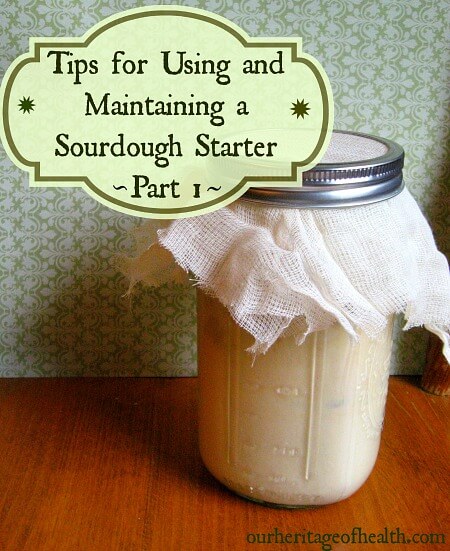 It took me a long time to finally start making my own sourdough starter and sourdough bread. It was something I had wanted to do for awhile, but it seemed so complicated, and I just kept on procrastinating because I didn’t really know how to do it. Once I actually gave it a try, though, I realized that it wasn’t nearly as hard as I had thought it would be, and that I was making things much more complicated than necessary!  That’s why I wanted to write down some of the sourdough starter tips that have helped me with my starter.

I want to share some tips with those of you who might be just as intimidated by sourdough baking as I was before. These suggestions are some of the things that have helped me with using and maintaining my own sourdough starter and observations about what has seemed to work best for me.

Read MoreTips for Using and Maintaining a Sourdough Starter – Part 1 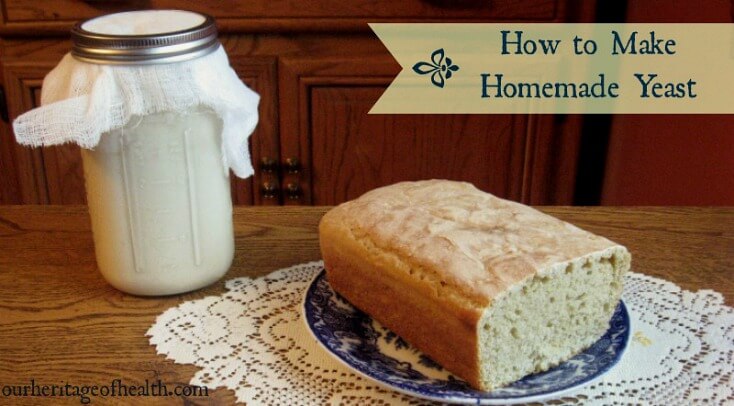 For a long time, I had been confused about the subject of yeast. The only yeast I knew about was the little packet of active dry yeast or rapid rise yeast that I would sprinkle into my dough. But then I started collecting 19th century cookbooks and found recipes that called for “one gill of fresh yeast” among the other ingredients.

Once I finally figured out what a gill was, though, (about a half a cup,) I was even more confused. I would have to use how many little instant yeast packets to equal a whole half a cup?!

After doing some more research on period cooking, though, I found several recipes for how to make homemade yeast that helped to solve the mystery a bit. Most involve the use of hops or potatoes added to boiling water and flour. The problem with all of those recipes, though, is that they all call for adding “a bit of good fresh yeast” to the mixture – which was exactly what I didn’t have!