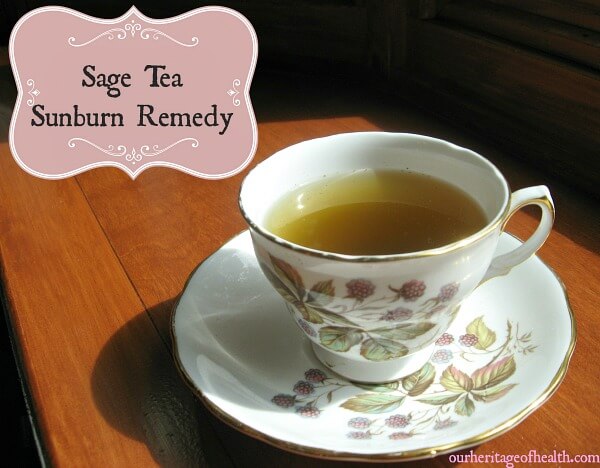 A couple of weeks ago I was out in the sun for much longer than I had planned to be. I usually never worry about putting on sunscreen when I’m only in the sun for a short while because sunshine is one of the best ways to get Vitamin D.

On this day, though, I ended up being out in the sun for several hours . . . without sunscreen. I had just ordered some of this sunscreen

online because it’s the most natural one I’ve been able to find that actually dries clear like a “normal” sunscreen would rather than leaving you looking pasty white like most natural sunscreens do. But, unfortunately, on the day I got my sunburn, my nice new sunscreen was still somewhere in the postal system in transit to my house, and I didn’t end up getting until two days after sunburn day.

Even though I got a bit of a sunburn on my nose, neck and shoulder, though, the good news is that my sunburn really wasn’t that bad at all considering the fact that I was out in the sun for about 3 solid hours on a 90 degree day. Eating real food works! I’ve always been one to tan easily anyways, but I’ve definitely noticed that I get burned a lot less than I used to before I switched to a real food diet, and when I do get burned, it’s not nearly as bad and it fades away much more quickly.

This is the simplest remedy I’ve ever come across, and if you’re like me and you love to use sage when you’re cooking, sage is something that you probably already handy in the kitchen anyways, so you don’t have to go out and buy any special exotic ingredients or anything like that.

I had never thought of using sage to treat a sunburn until I came across a mention of it in “The Vade-Mecum and Useful Companion,” an obscure 19th century pamphlet with recipes, home remedies, and other random bits of old-fashioned advice.

On page 18 in the section of “Miscellaneous Recipes” is the advice to “wash the face with sage tea” in the case of sunburn.

That’s it! Super simple and all you have to do is boil a cup of tea 🙂

If you already have sage in the spice cupboard in your kitchen, you can just grab some of that and make yourself a cup of tea using whatever infuser you would normally use for loose leaf tea. The amount of sage you use doesn’t have to be exact, but I used about 1 Tbs of sage for mine. The stronger you make your tea the more effective it will be.

If you have a finely ground or powdered sage, though, you might want to use a disposable paper tea filter

since the powder will go right through other types of infusers. Not too big of a deal since you’re not drinking the tea anyways, but if there are lots of little specks of sage in the tea they might end up on your skin (and then you’ll be all ready for Christmas with both red and green on your body!)

If you don’t usually keep sage around as a kitchen spice or if you don’t have any tea infusers, you can find sage tea bags in some health food stores and online here.

Once you’ve boiled your water, add the sage and cover it, and let the sage steep for at least 5-10 minutes. The longer you let it steep, though, the stronger and more effective it will be. I let mine steep for about an hour while I was doing other things.

If your tea is still warm after you’ve let it steep, you can either put it in the fridge for a while or add a couple of ice cubs to it. (The more ice cubes you add the more you’ll dilute the strength of it, though.) The tea will feel so much more soothing to your sunburn if it is cool rather than warm!

Once your tea is nice and cool, you can use a cotton pad (or even the tea bag itself) and just dab the tea onto wherever you are sunburned. Or, if you happen to have an empty spray bottle, you could you that to mist the tea onto your skin.

This tea has a soothing cooling effect that feels great when you’ve got a sunburn. You can even try adding other soothing ingredients to your tea if you want. I added in a splash of apple cider vinegar for good measure. You could also try a few drops of lavender essential oil or rosewater or something else equally soothing.

I used this remedy before bed on the night I had gotten my sunburn, and when I woke up the next morning, my skin was already looking less red. I didn’t get any before and after pictures of my sunburn, though, because, at the time, I wasn’t really thinking “blog post.” It was more like “What can I put on my nose so I don’t look like Rudolph tomorrow?”

Thankfully, between the sage tea and a good night of sleep, my sunburn was looking much better by the next day, so I didn’t have to worry about being Rudolph for the day 🙂

Note: This remedy is great for soothing irritated skin, but it won’t perform miracles, and it’s not meant for serious sunburns. And like I mentioned, I’ve always tanned very easily and don’t usually get badly burned, so if you’re the type of person who never tans and burns as soon as you go out in the sun, this remedy might not work quite as well for you as it did for me.

What are some of your favorite sunburn remedies?