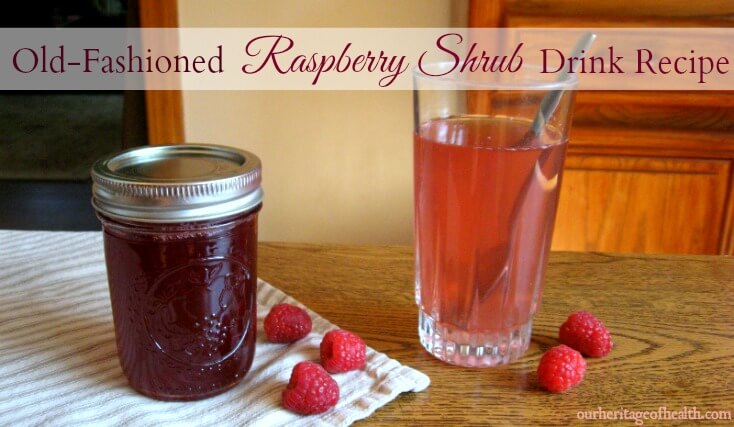 Before modern sodas and bottled juices became so commonplace, shrub drinks were popular beverages because they were a way to enjoy a flavored drink and also to preserve the summer harvest of fruits like raspberries and currants.

This raspberry shrub drink recipe comes from a 19th century cookbook written during a time when shrub drinks were especially popular because of the temperance movement. While some shrub recipes contain rum, many 19th century shrub recipes use apple cider vinegar as a non-alcoholic substitute.

To make this drink, you start by making a syrup with fresh raspberries, vinegar, and sugar, and then you add as much or as little of the syrup as you like to a glass of water, so you can customize how strong you want it to be. The flavor is a blend of tangy and sweet, and it tastes like summertime.

I found this recipe in the Old Sturbridge Village Cookbook – a cookbook created by my favorite living history museum that’s a really interesting cookbook for any one who loves history because it’s full of traditional early 19th century recipes.

The original recipe comes from 1832 from Lydia Marie Child’s book The American Frugal Housewife – one of the most popular cookbooks and household management books of the 19th century:

“Raspberry shrub mixed with water is a pure, delicious drink for summer, and in a country where raspberries are abundant, it is good economy to make it answer instead of Port and Catalonia wine. Put raspberries in a pan, and scarcely cover them with strong vinegar. Add a pint of sugar to a pint of juice (of this you can judge by fist trying your pan to see how much it holds); scald it, skim it, and bottle it when cold”

And here is the modern adaptation of this old-fashioned recipe:

To serve, add spoonfuls of the syrup to a glass of water and stir to blend well. You can vary the amount of syrup you add depending on whether you want a mild or a stronger raspberry flavor. For me, four spoonfuls was a good amount, but you might want  to start with just one or two spoonfuls, taste it, and then add more until tastes the way you like.

To store the syrup, you can either keep it in the fridge for a couple of weeks, or, for longer-term storage, you can seal the jar the same way you would if you were canning raspberry jam.

If you want to see a visual example of the process, I made a short video of this recipe: 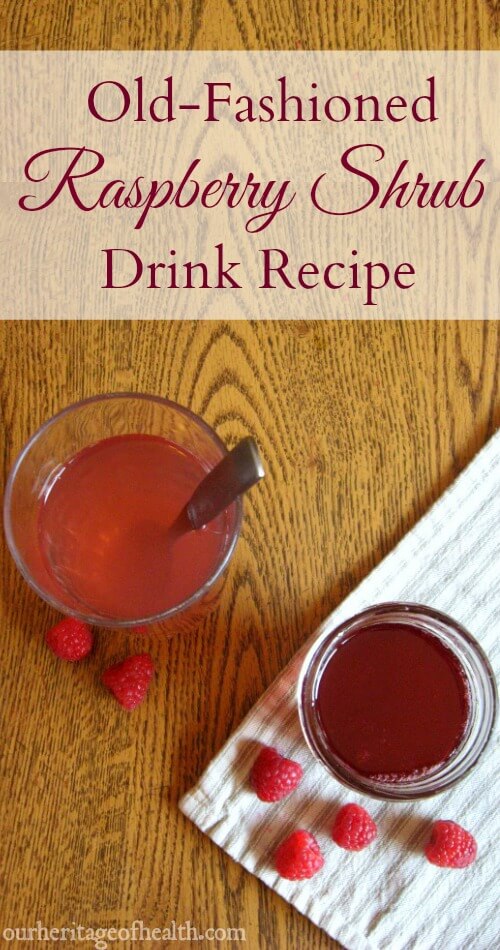