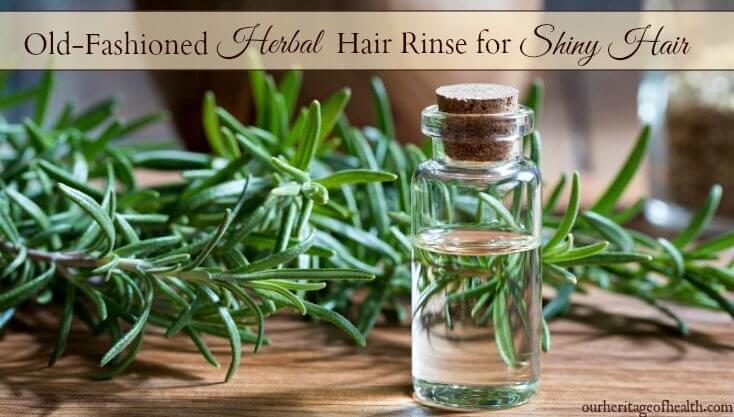 If you’ve ever tried to use store bought shine-boosting serums, you’ve probably found that they tend to be on the pricier side and that they can also turn your hair into a sticky, greasy mess if you use too much. That’s why I love using this really simple and natural herbal hair rinse because it gives your hair a nice shine without weighing it down like using too much of a serum can do.

I also love the fact that this herbal hair rinse recipe can be as simple as just one ingredient (or two or three if you want to add in some optional additional ingredients.) If you look at the ingredients list of any store bought shine serum, you’ll probably see a dozen or more ingredients, many of which are usually hard-to-pronounce chemicals. But this recipe is completely natural and good for your hair too.

I’m one of those people with straight hair that can’t get curls or even waves by using a curling iron. It just doesn’t work. And even if it does make my hair slightly wavier (requiring massive amounts of hairspray), it doesn’t last for more than a couple hours before the waves go flat and straight again.

For years, the only way my hair could get any kind of lasting waviness was if I went to bed with my hair wet in actual curlers, but who wants to wear curlers to bed all the time? Definitely not me. 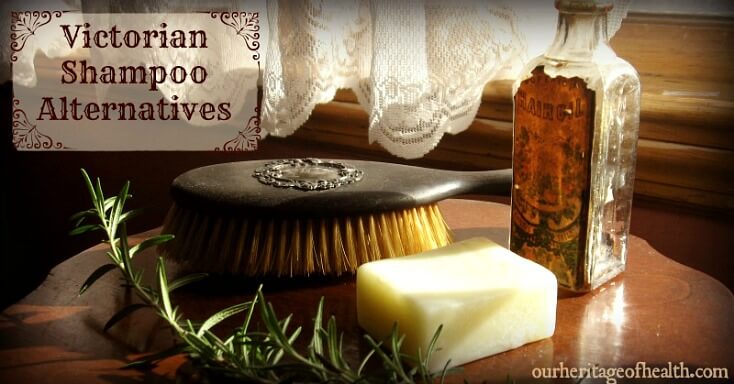 Since modern shampoo as we know it today didn’t come into existence until the 20th century, what did people do to wash their hair before then? What did they use back in the 19th century? Or even earlier than that?

Some people might answer that question by saying that people who lived back in “the olden days” had really bad hygiene and hardly ever even washed their hair.

This was probably true for some people back in the 19th century. I doubt, for example, that washing hair would have been very high on the priority list for miners during the Gold Rush era or for cowboys riding for weeks on the dusty plains.

The majority of people living during the Victorian era, though, made an effort to keep their bodies, including their heads, clean and fresh. Judging by the amount of hair care tips mentioned in various 19th century lady’s magazines and books about etiquette and health, the average Victorian woman cared very much about having healthy, beautiful hair. 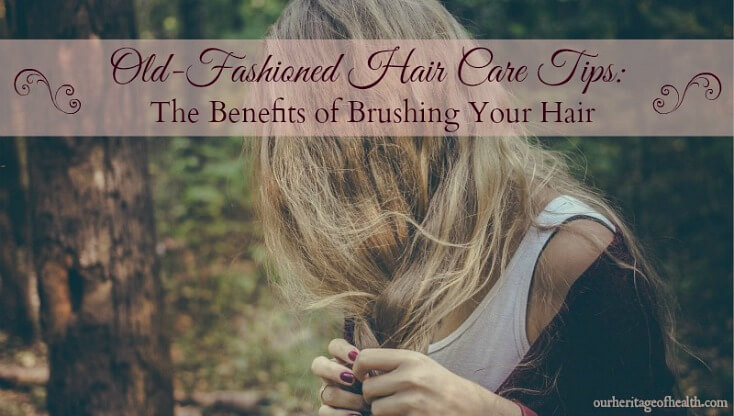 One of the most effective old-fashioned hair care tips is also the simplest:

In just about every Victorian-era book and magazine I’ve read about hygiene and beauty, brushing is the number one advice for good hair care. But “100 strokes” brushing isn’t just for Victorian ladies or for Marcia Brady. Brushing can help us 21st century women to have beautiful hair too.